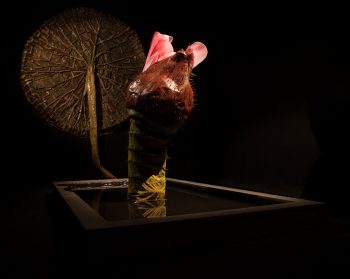 In the dark brewery hall we show a series of works that rework our common desire to classify, categorise and relate to what we call nature.

Based on botanical, biological and cultural critical perspectives, the artist’s gaze settles on human behaviour and Western social structures, frequently with an unmistakable sense of humour. The Swedish 1970s romantic dream of the original landscape is confronted in phrases and paraphrases from naturalist filmmaker Jan Lindblad’s films. In a suite of poems the tropics are portrayed on a projection of something unknown, new and enticing. But ideas of the exotic say more about those who dream than about the facts; so the work becomes a discussion of us, here, today. Moreover the significance of bodily is raised in both idea and method, including in the exhibition’s two opening bloomings.

Ingela Ihrman graduated from Konstfack (The College of Art) in 2012 and in the spring of 2013 is resident artist at Art Lab Gnesta. 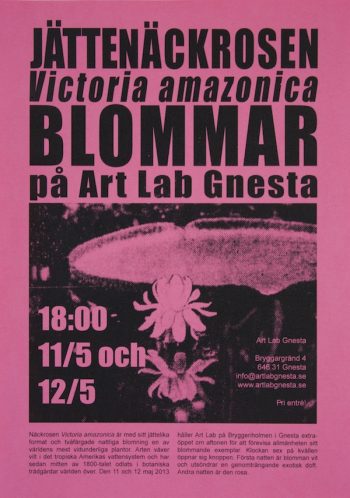