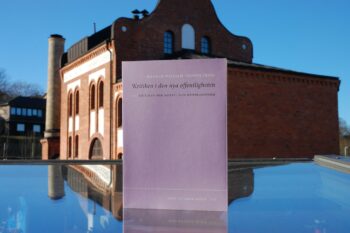 The new anthology ”Kritiken i den nya offentligheten” asks whether we are facing the end of a critical era. The book’s editor, Magnus William-Olsson, and one of the contributors, Axel Andersson, come to Art Lab Gnesta for a talk about the criticism in general and the criticism outside the major cities in particular. It is now a fact that the new public has redrawn Sweden’s media map. In a negative sense, much of the regional criticism has disappeared. But opportunities have also been created that await capture for those who dare to think in new paths. If the new public has a front line, it is not in the inner city, but in places like Gnesta.

Soup is available at cost price, and the book at special price.