The Gnesta Graffiti Wall has now been dismantled, in a funeral held on 11 April 2015.
The wall was opened in the grounds at Art Lab Gnesta on 12 October 2013 and was a place where everyone could express their creativity. The wall was a subproject in the Gnesta Young Artists’ Association project, and was led by Emanuel Hallklint and Annika Sundin in collaboration with young people from Gnesta.

The project was made possible by generous support from the Swedish Inheritance Fund.

If you live in Gnesta and are looking for somewhere for large-scale art, the Nyköping Graffiti wall is the closest alternative. 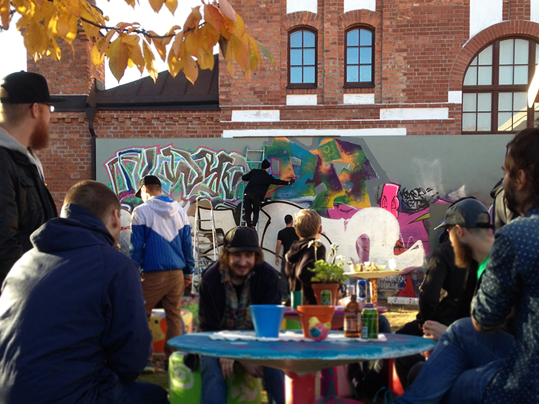 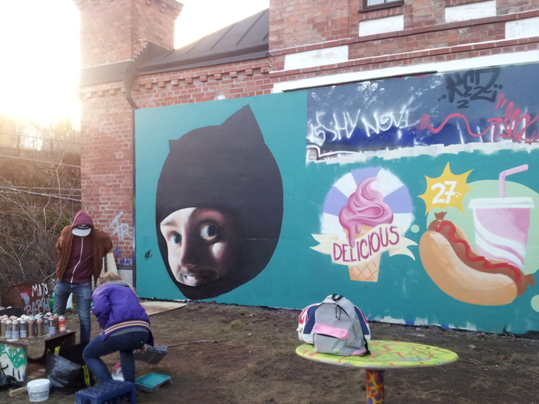 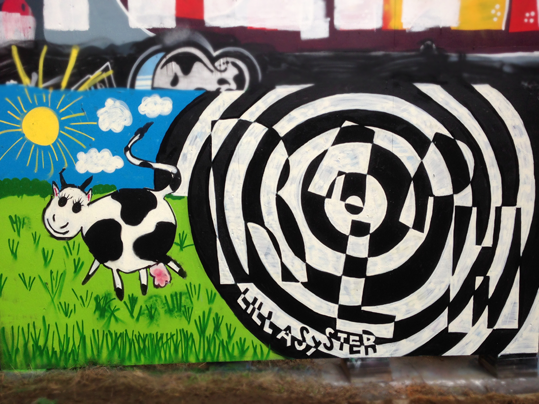 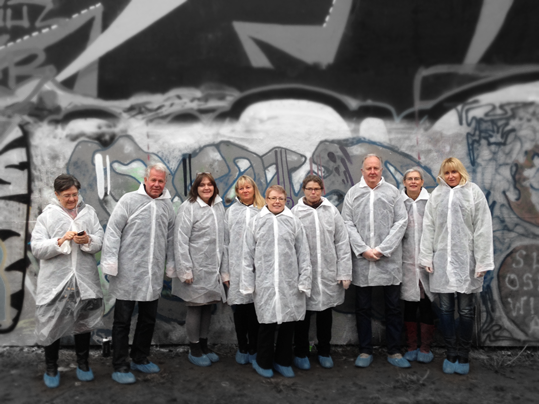 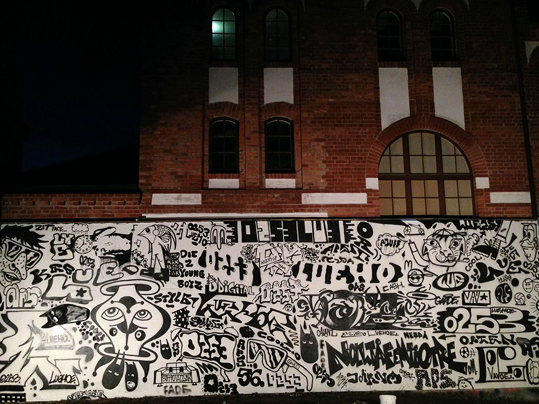 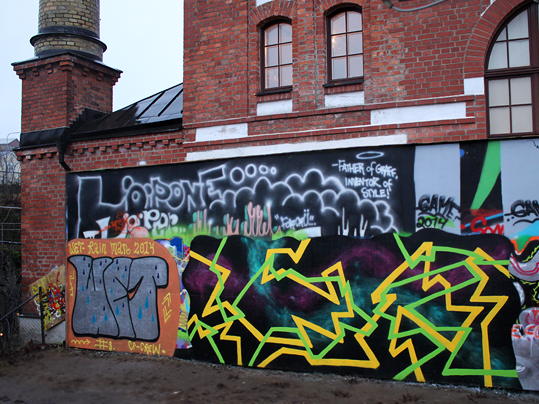 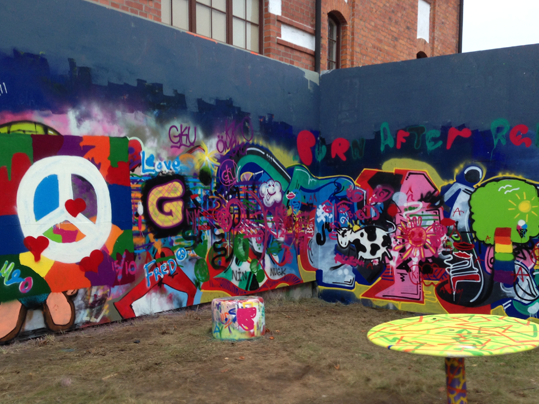