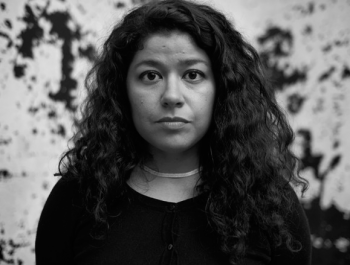 Route 57 runs through Gnesta towards Flen. In Flen the Migration Board’s detention centre is situated, accommodating asylum-seeking refugees. Gnesta thus becomes one more point to pass for many people with uncertain destination.

When artist Paula Urbano visited Art Lab Gnesta the fall of 2013, she met an asylum seeking man from Iraq who had been locked in the detention centre while awaiting deportation. Since then she has followed him to Flen, Märsta, Eskilstuna, Baghdad and Tehran to record a film. The work that she now presents at Art Lab Gnesta can be seen as preliminary studies for the longer film – two independent works shredding light at the different perspectives that the artist encountered during the process.

The vulnerability of the situation led Urbano to the British playwright Sarah Kane, which is paraphrased in the video work “In the Waiting Room of Exile” (9:30 min). By assuming portions of Kane’s play Psychosis 4:48 with herself as an actor, the artist explores the desperation when someone is deprived of the most basic control of their own destiny. 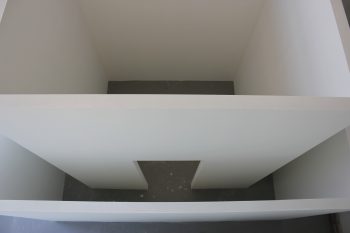 Kane’s words is further echoing out from the small room’s video installation. If the video illustrates the internal conditions of an existence in suspense, the external conditions is manifested in the large exhibition hall. In the installation “Proportions of Waiting” visitors are invited to step into a room in the room. The size of these rooms corresponds to both a kitchen, and the Migration Board’s visiting room in Flen.

Paula Urbano portrays the sensible, personal experiences instead of looking for explanations in social systems. But how systems affect individuals in the intersection of their physical and psychological surrounding is an insight that should befall us all, to eventually be translated into a more cohesive compassionate commitment.

Thanks to Alejandro Leiva Wenger who followed Paula Urbano’s work and contributed with a text that is presented in the exhibition.