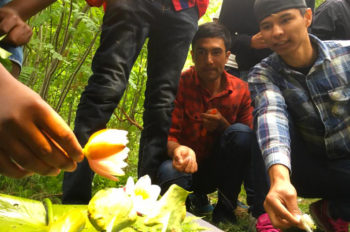 PDF: About the exhibition

During the summer of 2016 Art Lab Gnesta lands in Karlstad’s wetlands through a series of investigative activities and workshops open to the public. During an intense one week period we meet in the swamp in both scientific and artistic interventions, in central Karlstad and in the wetlands and waterways that surround the city.

We invite you to walk with us on a Swampbirding experience with ornithologists, zoologists and ekofilosophers, listen in and join during a Mire symphony with political scientists and sound artists and descend into the muddy water on a swamp snorkeling experience together with our diving marine biologist and photographer. On this ecopolitical crusade we use specially prepared tools and equipment in a tireless desire to get closer to the marsh, a quest to know the smelly water through bodily sensations, experiments and knowledge transfers.

The thorough investigation will be closely followed by a documentary film team, and at the end of the summer we will be back to show the film about the swamp as you’ve never seen it before.

Swamp Camp Karlstad is an offshoot from Art Lab Gnestas umbrella project Swamp Storytelling. The aim is to combine working the fields of scientific research and artistic production about current environmental issues, while exploring how art can act as knowledge brokers for new research. Swamp Storytelling is a collaboration with Indian research network Earth Colab and includes an artist in residency programs, a greater exchange of knowledge and art educational and artistic productions in a collective exploration of Swedish and Indian wetlands. 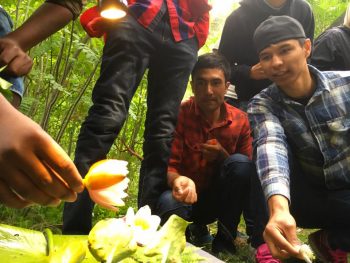