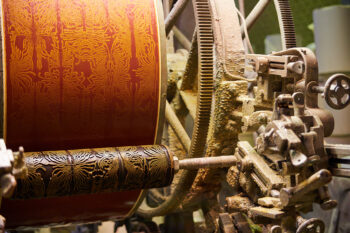 The artwork Granbarkborretapeten (Spruce bark beetle wallpaper) has been produced by young people from Sörmland under the direction of Art Lab Gnesta. The work consists of a wallpaper printed with distemper paint on recycled paper that reflects the pattern of the spruce bark beetle. During the summer, it will be for sale in the shop at Nynäs Estate.

After the dry summers of recent years, the spruce bark beetle has been seen more and more often – both in the forest and in the climate debate. The small beetle is one of the insects that does the most damage in the dense spruce forests, and the monoculture of modern forestry in combination with a warmer and drier climate has led to major attacks.

Squid Squad is Art Lab Gnesta’s project for young people interested in art and climate. Together we work to learn more about the global shifts we are in the middle of, by combining different kinds of knowledge. We have approached the spruce bark beetle through field studies in the forest together with the Naturskyddsföreningen Daga-Gnesta (the Swedish Society for Nature Conservation), to then reflect the beetle’s pattern by drawing together. Instead of conflicting with it, we wanted to find other ways to understand the message of the spruce bark beetle. The result is a wallpaper that wants to remind of the human imprint on everything else that lives.

The wallpaper is printed at Lim & handtryck on “Rosenmaskinen” which was manufactured in the late 19th century. Bark and resin have inspired the shades of distemper paint that were used on the wallpaper. The spruce’s response to the beetles’ attack is to release large amounts of resin in an attempt to drown the beetles. However, it is often too late.

Just in time for the spruce bark beetle to wake up to start swarming, the wallpaper will be sold in a limited edition, in the shop at Nynäs Estate. The surplus goes to the Swedish Society for Nature Conservation’s work.

The presentation of Granbarkborretapeten at Nynäs is the first part of a longer collaboration between Art Lab Gnesta and Nynäs Estate, where artists are invited to produce new works of art based on the landscape, nature reserve and the layers of history that exist at Nynäs. 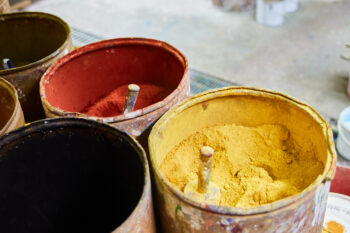 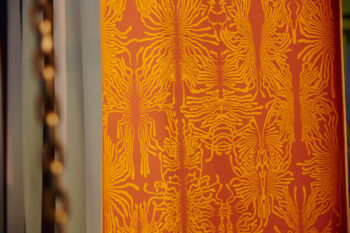 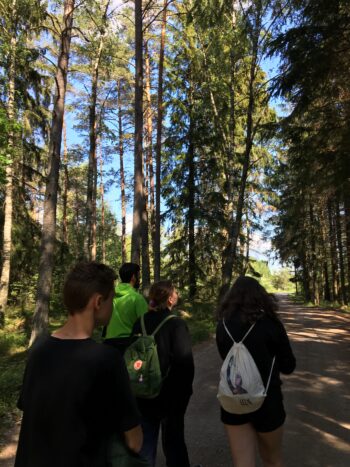 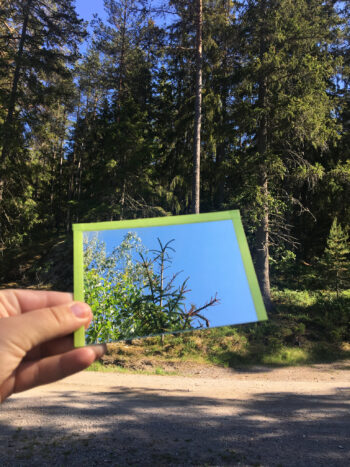 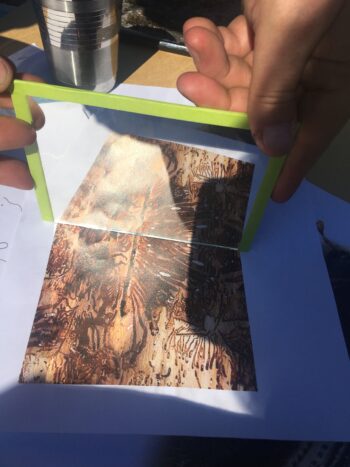 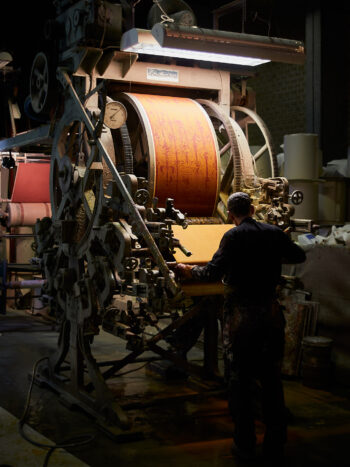